Home » Foundation » Via della dogana vecchia
The offices of the Basso Foundation are located in a historic building in the centre of Rome, acquired by Lelio Basso in 1965 in a state of disrepair, and which he donated to the Foundation after long and complex renovation work. 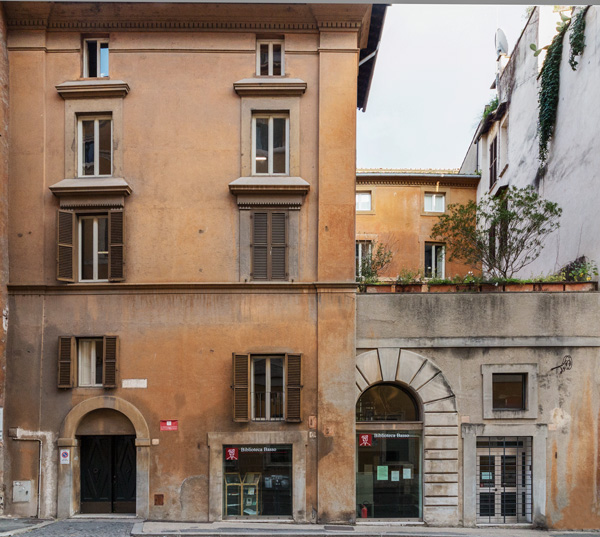 The building – next to the church of St. Eustace – was built by the chapter of the church, probably in the second half of 1300, and was long owned by the latter. During the many renovation works to which the church was subject, several tombstones were removed and placed in the lobby and the courtyard of the annex building.

The logo of the Foundation is based on a detail of the tombstone of Poncel di S. Eustachio (1323), the oldest tombstone in the lobby of the Foundation offices. Not much is known about this person, but research conducted suggests he took part in events at an important time in history, not only of Rome, when the idea of popular sovereignty began to take shape, which was later asserted by Cola di Rienzo.