Lelio Basso was born on December 25, 1903, in Varazze (Savona). In 1916, he moved to Milan, where he attended the Berchet High School and joined the socialist youth movement. In the early twenties he wrote articles for socialist and left-wing journals, establishing a relationship of friendship and cooperation with Piero Gobetti. He was drawn to the neo-protestant positions of the journal “Conscientia” and collaborated with Nenni and Rosselli’s “Quarto Stato”, contributing also to the organization of the anti-fascist movement. In 1928, he became editor of the journal “Pietre”. In April of that year, he was arrested and sent into internal exile in the island of Ponza. In 1934, he helped organize the Centro Interno Socialista, which he headed from 1938 until his second arrest in the summer 1939. Freed from the internment camp at the end of 1940, he re-established links with clandestine socialist groups and in January 1943 helped promote the Movimento di Unità Proletaria. During the same year, following the unification of the MUP with the reconstituted PSI (Socialist Party), he became an executive member of the new PSIUP, and was elected secretary in January 1947. Meanwhile, he founded the journal “Quarto Stato” and was elected to the Constituent Assembly, where he played a leading role, contributing especially to the formulation of articles 3 and 49 of the Constitution. After the defeat of the Popular Front in April 1948, he left the secretariat of the PSI and was marginalized by the leadership, which was sheltering behind pro-Stalinist positions. In the 1953 general elections he was confirmed member of parliament and in the following years became leader of a dissident group within the PSI. In 1958 he founded the journal “Problemi del socialismo”. After the institution of the first centre-left government in 1963, he helped found the new PSIUP. Although he was elected president of the new party, he focused increasingly on his studies and on the organization of international anti-imperialist movements. In 1964, he founded and edited the “International Socialist Journal/Revue International du Socialisme” and was rapporteur in the Russell International Tribunal for American War Crimes in Vietnam. In 1968, he left the presidency of PSIUP owing to disagreements over the Soviet invasion of Czechoslovakia. The following year, in Rome, he founded the Istituto per lo Studio della Società Contemporanea (Issoco), which, in 1973, was to become the foundation named after himself and his wife. In 1973, he stood as an independent candidate in the lists of the PCI-PSIUP and was elected to the Senate. In the same year, he promoted the Russell Tribunal II on repression in Latin America, and founded the Lega per i Diritti e la Liberazione dei Popoli and the Fondazione Internazionale Lelio Basso. In July 1976 he played a leading role in the International Conference of Algiers, which promulgated the Universal Declaration of the Rights of Peoples. He died in Rome on December 16, 1978.
More Information at leliobasso.it 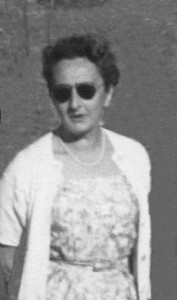 Lisli Carini was born in Edolo in 1906 to a family from Valtellina. She studied law and graduated from the University of Milan, where she met Lelio Basso, whom she married in 1932. While sharing her husband’s antifascist engagement and his political activities in favour of freedom and genuine democracy, Lisli Carini also followed her own path of cultural and civil commitment. She took a keen interest in education and cultural organization, becoming the secretary of the Italian Committee for Nuclear Disarmament, which she headed until 1963.
In 1969 she left Milan (returning in 1990) to settle in Rome, where she closely followed the events that led to the establishment of the Fondazione Lelio e Lisli Basso. It was in these years that she was most active as a writer, a career she had begun in 1959 with the publication Il Sole Sorge a Ponente for Avanti. This was followed in 1974 by La Grande Memoria (Cino Del Duca, Milan); Io-Tu (La Luna, Palermo 1988) and Cose mai dette (Il Mulino, Bologna 1995)
Il Sole Sorge a Ponente (the sun rises in the west – words spoken by unsuspecting Japanese sailors 160 km off the atoll of Bikini in reaction to the disquieting spectacle of the American nuclear experiment on 1 March 1954) reflects the passionate battle she fought against nuclear weapons. It is a documentary work, interwoven with readings of European philosophers, American scientists, magazine and newspaper articles, most of which were French or Italian.
Lisli Carini’s interests ranged from cybernetics to biotechnology, animal communication, and endemic diseases. She was especially concerned with modern society, or rather modern man, no longer able to control the outcome of his ambitions – waste, violence against peoples, groups and individuals – in a world that required urgent reconsideration. In La Grande Memoria, she anticipated the moral crisis of the West, “le masse che si affacciano oggi alla ribalta della storia, sobrie per antica necessità, sono portatrici di altri valori e di culture originali, in particolare di quei valori comunitari che l’uomo occidentale sembra aver perduto” (the masses now entering the stage of history, tempered by age-old needs, are the bearers of other cultures and different values, especially the community values that Western man seems to have forgotten). Instead, Io-Tu and Cose mai dette are more autobiographical, an autobiography where life is seen though events. It is full of emblematic episodes, such as words pronounced by a small child or a moment of laughter in the dark days of war. These memoirs spring from a sense of exceptionalism, not of her own existence but of existence itself.
Feminism was another issue which occupied Lisli Carini. Just as for Sartre it was the anti-Semite who made the Semite, “so, too, it is men who make women, by the examples they offer, the women they choose …”. And just as “reason, mathematics and physics have no race”, so, too, they have no sex.
In an undated letter to his wife (presumably written in the 1960s), Lelio Basso writes: “you too, though in different ways, are looking for an answer to the essential problems of our time … I think that if I can manage, in my political activities, to convert the everyday into the essential, then this will also help me be closer to you, feel closer to you”. The fact that the Fondazione Lelio e Lisli Basso also bears her name is a recognition of her special vision of life and politics. She died in Milan in 1996.